What a fun month we have had in our household! I just love this stage where she is still a baby but so much more interactive. We started baby swim class every week and it’s so fun! She goes under water like a champ!! At first it was terrifying dunking a tiny little baby in the water but she loves it and knows to hold her breath. We also practice falling in, in case she ever were to fall in water she wouldn’t freak out and know what to do.

Here’s what else she has done this past month… 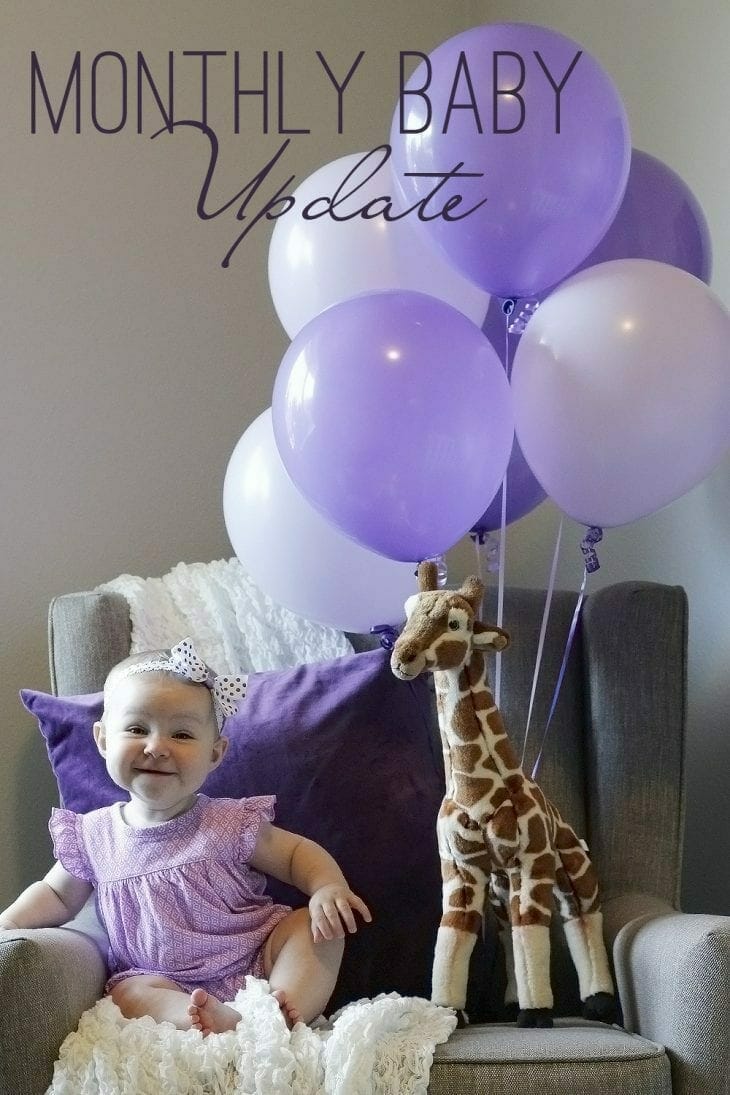 This month we graduated from mom’s group. It was such a bittersweet day knowing we had made it six months but hard to say goodbye to our safe circle where I could go for advice and to share mommy stories each week. I highly suggest every new mom find a mom’s group to be apart of! 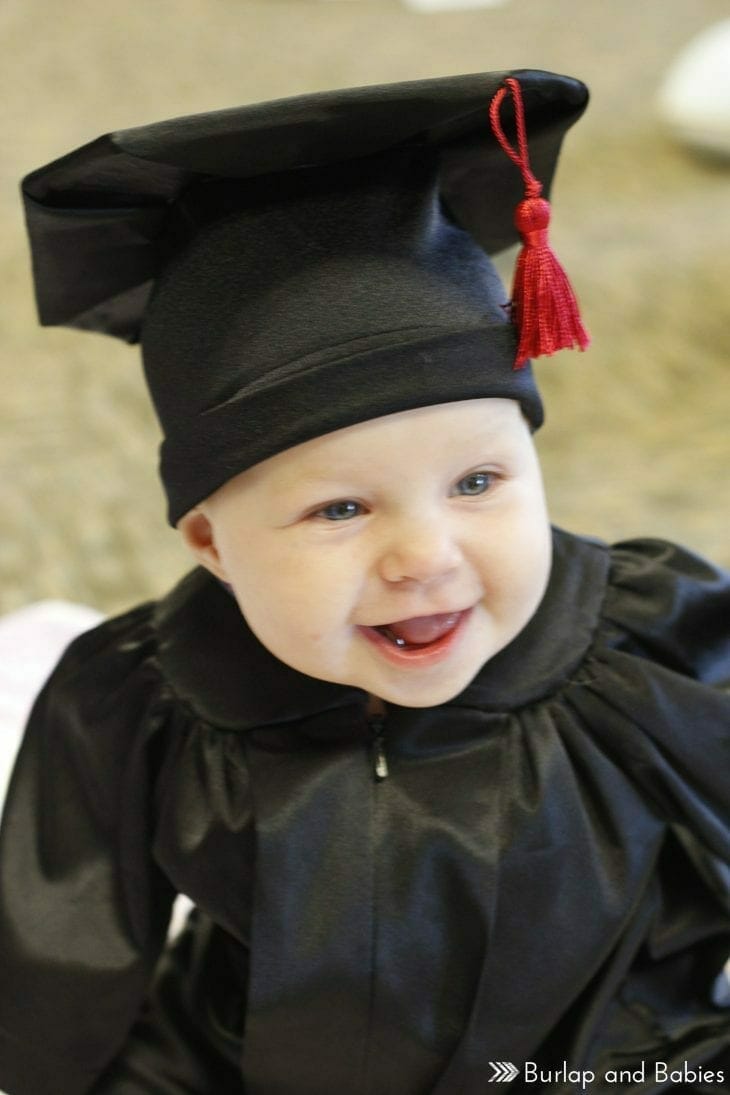 Clara got her first tooth right after turning six months and two weeks later she popped her second one. Right now she is all about high pitch squealing.

As of this week she can sit from laying down. It happened first when my mom was babysitting her while I was at work and we just figured she pushed off the wall but then a few days later I saw her do it and now she moves from crawling to sitting no problem.

She is getting so fast army crawling around the place. Sometimes she’ll crawl on her hands and knees but not often. She also can almost pull herself up on to things. She’s slowly pulling herself over higher things so I’m sure pulling herself up is going to be coming way too soon.

Last week when I was at work, daddy worked all day with her walking while holding on to a toy. If she’s in the mood she can hold on to the push toy and walk across the room. She also will move her feet now if we hold her hands while walking across the room.

I’m not sure I’m ready for this!! Slow down baby! You’re getting too big too fast!

Clara is still nursing full time. For her that means four meals a day and that’s it. Since I worked and had to pump for a few days last week we know this little girl pounds it down in the morning. She eats 9-11 oz her first meal of the day. An average 7 month old needs about 30 ounces a day so no wonder she only eats 4 times a day.

As for solids, Clara is still loving trying new foods! She enjoys eating anything she can get her hands on except avocado. She does not enjoy avocado. She’s eaten avocado, apple, banana, tomato, broccoli, spaghetti, chicken, asparagus, carrots, blueberries, watermelon, cantaloupe, string cheese, and I’m sure other things I just can’t think of. She loves eating puffs when we’re out to eat and she needs a distraction. 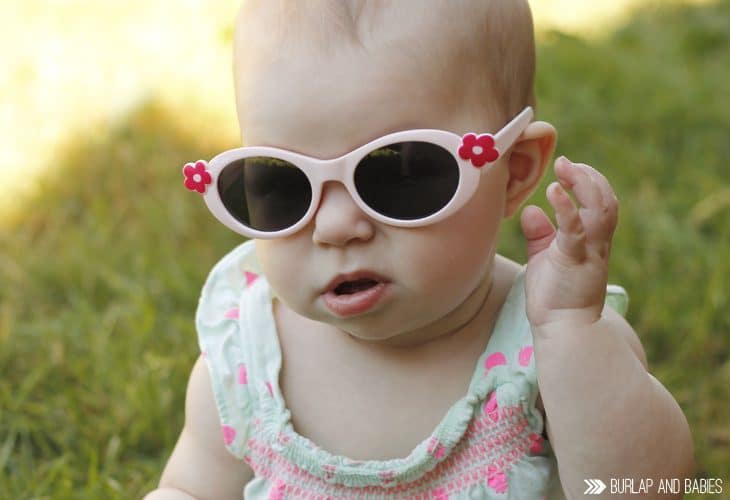 Clara had her EEG three weeks ago and ever since that night only being allowed to sleep 4 hours her sleep schedule has been way wonky. She just seems so tired all the time and my little one who used to nap for only about 45 minutes at a time can take 2 hour naps now. She is still sleeping anywhere from 11-13 hours straight at night. This past week her schedule got shifted by two hours so she fights sleeping until around 11pm and wakes up after 10. I’m working on getting that moved earlier though.

By the way, her EEG was clear from her seizure scare last month. They didn’t see any concerns and said to just let them know if something happens again. 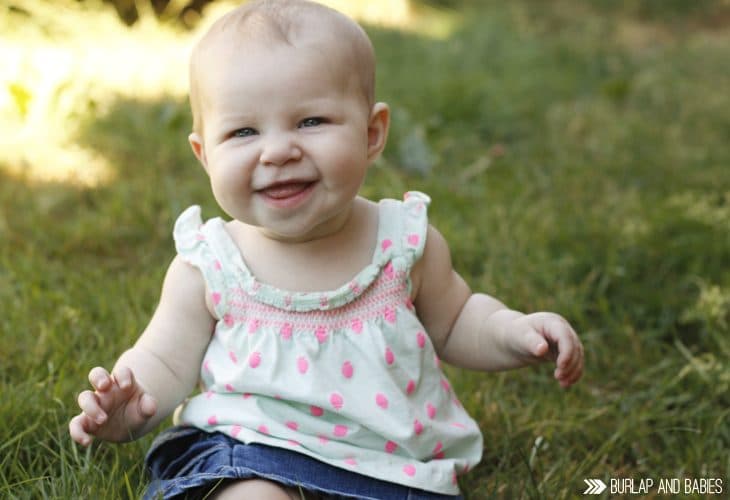 Monkey is getting so long! She tries to sleep sideways in her crib still but no longer fits that way so that’s been fun. She currently weighs about 15 lbs 8 oz. That means she’s dropped in percentile but she also started moving way more this month so hopefully that’s okay. 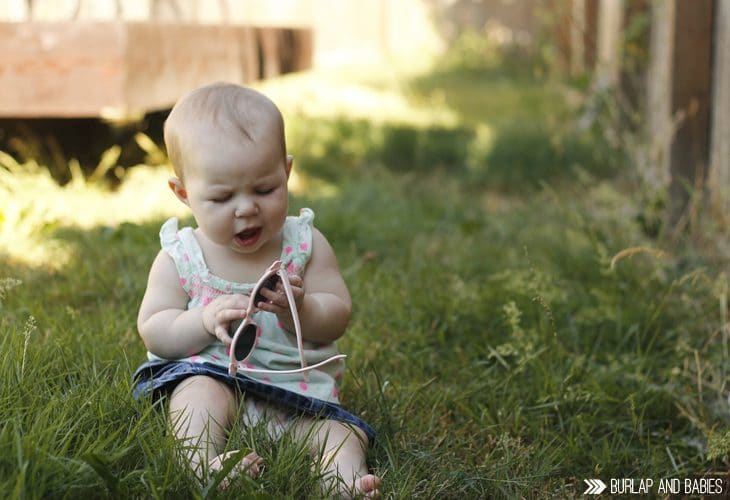 She’s got this high pitch squeal that she loves so much. Last week we went out to dinner and she squealed the entire hour we were out. In the picture above she was squealing at her sunglasses singing a song to them.

High five! She can high five like a little rockstar and it is so dang adorable!

Stranger anxiety is also insanely high right now. Hoping that one calms down over the next few months. I love that she’ll reach for me though when someone else is holding her to get back to her momma. 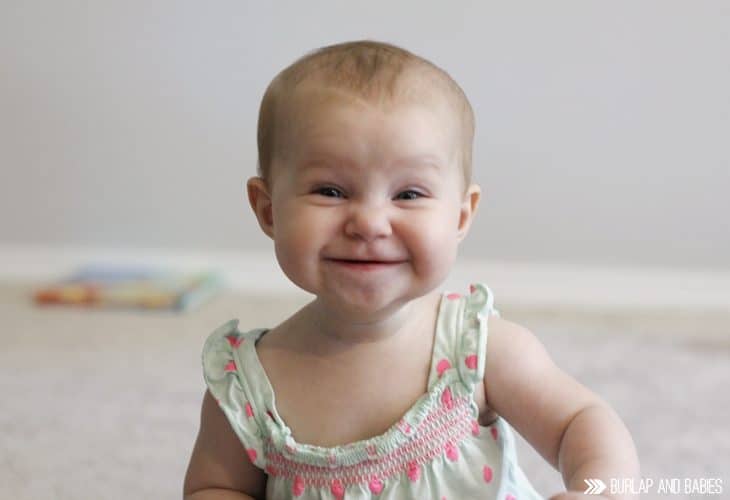 Her binky, mommy and daddy, her many giraffes, her push toy that makes noises, and of course…

Charlie, the dog. Check out this fun meme I made. She gets crazy eyes when the dog comes near. 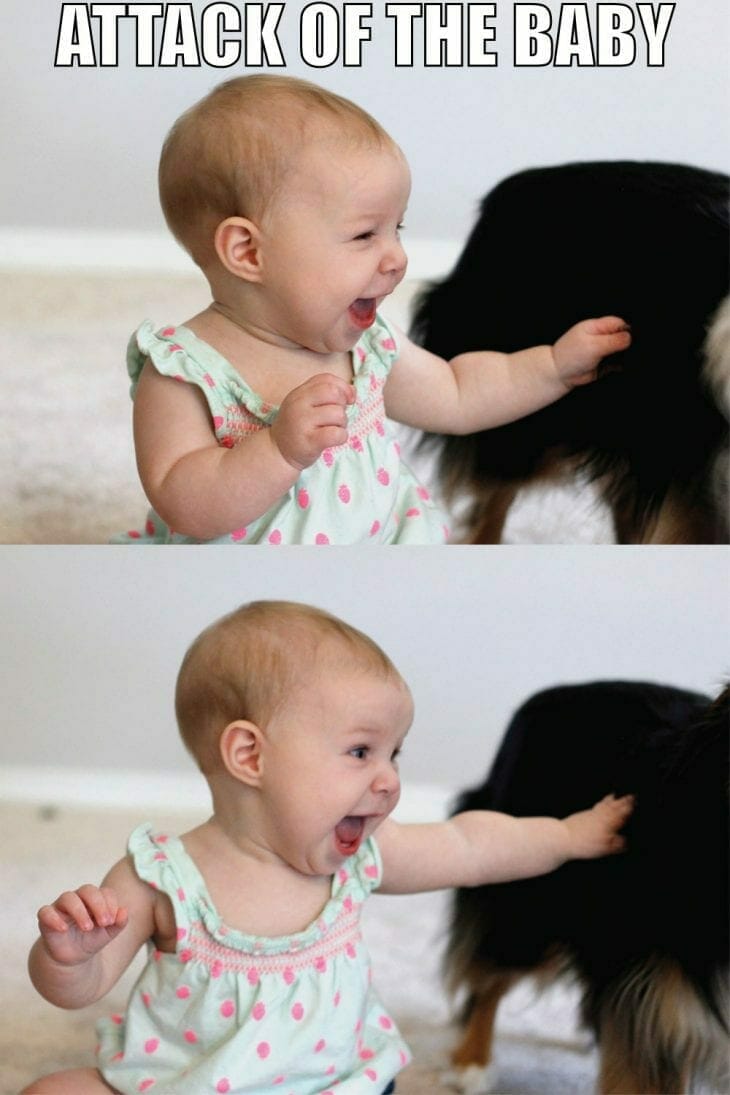 Avocado. Falling asleep. Other than that she’s a pretty chill baby for the most part. She’s so flexible and go with the flow. Not sure where she got that from because definitely not her momma.

Remember how she’s hated bath time? Well, ever since starting swim class she loves bath time! She loves splashing around and playing with the toys now. 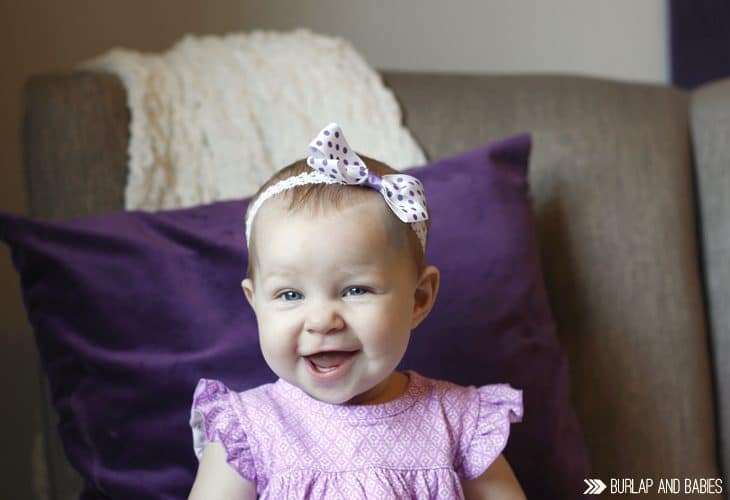 What milestones can we expect to hit this month?