I can’t decide if the past two months have flown by or gone so slow. On one hand, I can’t remember what life was like before Clara…it feels like she’s been here for years. On the other hand, I can’t believe she’s already two months old!! Here’s how she’s been doing… 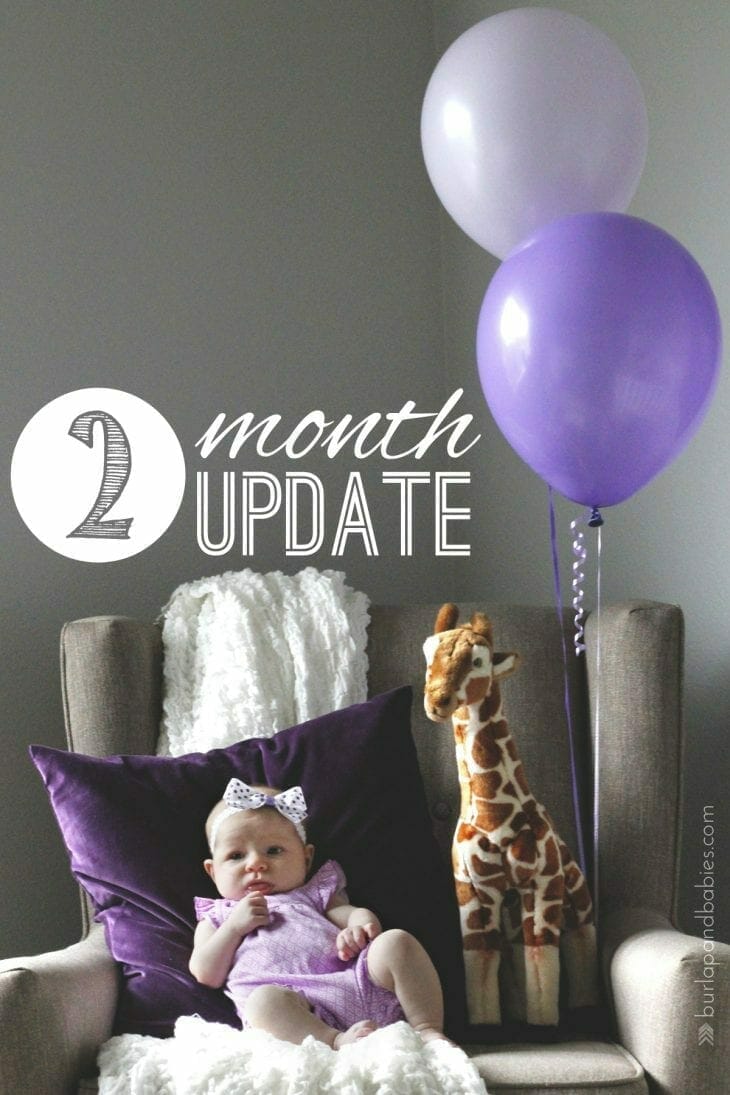 Clara has been off formula for two weeks now! This was a huge deal for us. She eats about every three hours (except at night) but really she eats when she tells me. The flexible thing is going great for us. I let her pretty much lead the day as of right now. I know that will need to change eventually but right now our goal has just been to get the nursing thing down and gaining weight. She has this funny habit of pushing off of what ever she can while nursing and yanking her head back while staying latched. Funny girl, but not so fun for momma. Once her tongue tie and lip tie were all healed she has become a new baby. Eating started going so much better and she started packing on the ounces.

Momma’s with normal babies….I advise you to skip this section for your own sanity.

This is your last warning!

She’s a champ! For about two weeks now she has been sleeping anywhere from 8-9.5 hours straight at night. I’m not sure how we got to be so lucky but it’s been a lifesaver. I definitely like my sleep and have always needed 8-9 hours a night to feel like I can function so getting sleep has definitely helped with the adjustment of a newborn.

During the day she usually does one decent nap in the morning and one in the late afternoon. We’re still working on doing naps in the crib or at least her bassinet so I can get a little more done during the day. Currently she either takes a nap on me, in the moby, or in her swing. 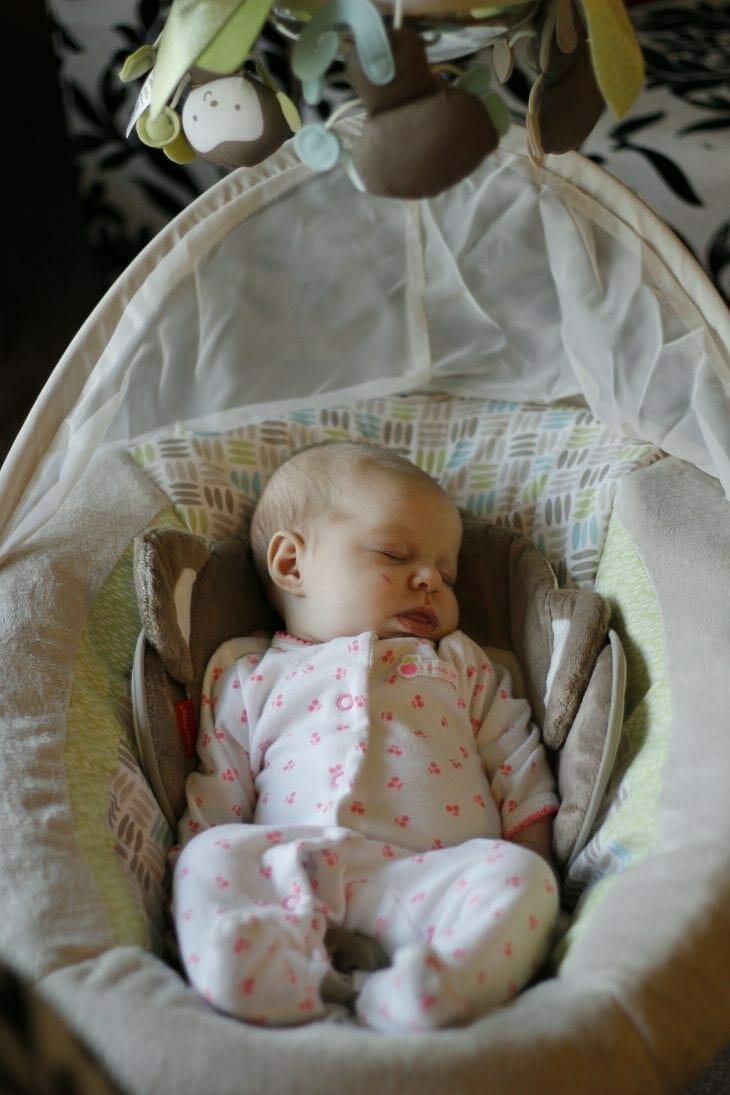 Smiling constantly. I love making this girl smile. She has such a great little personality.

Clara is holding her head up almost always on her own unless she is really tired.

She is definitely starting to find her voice and making purposeful noises much more now. I love just listening to her when she’s in a “talking” mood. So sweet. 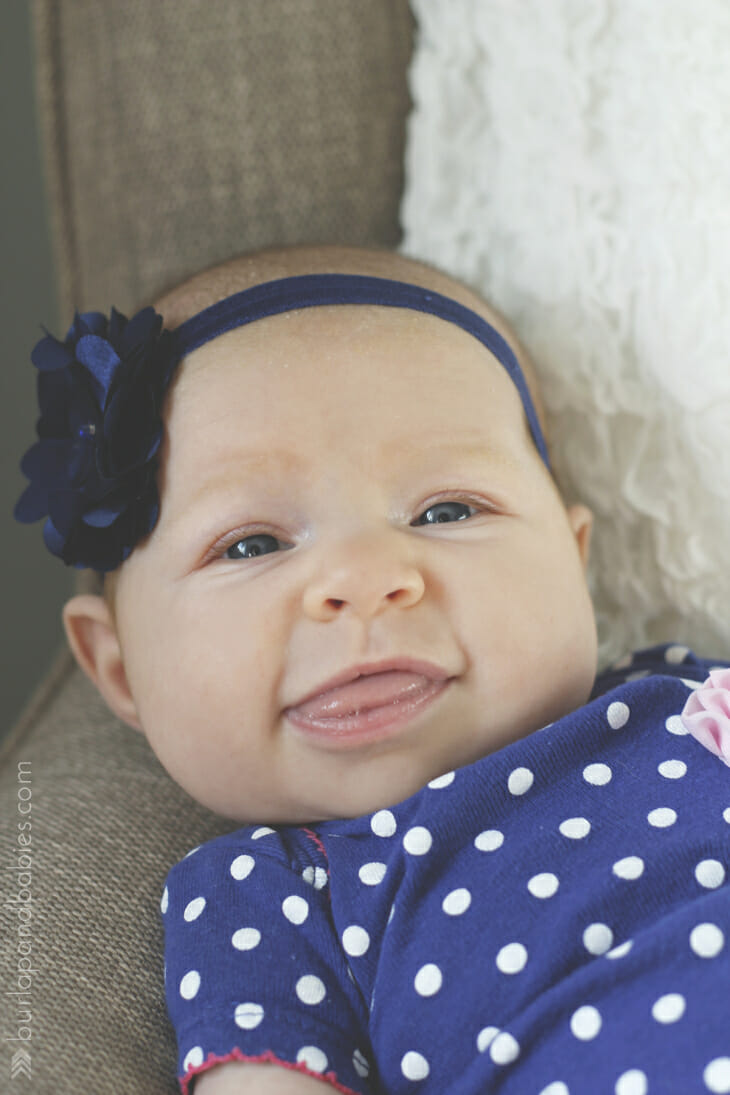 Clara is gaining a steady 5-6 ounces a week over the past two weeks. We are still doing weekly weight checks to make me feel better but I think we’re in the clear. She weighs 9 pounds 12 ounces and is in the 16th percentile. She is wearing size one diapers and slowly outgrowing (finally!) her newborn clothes. Most of the newborn sleepers she is too long for and the newborn pants are starting to get short on her.

Check out the difference between one and two months old. Her little face is definitely filling out and those legs are starting to look chunky. 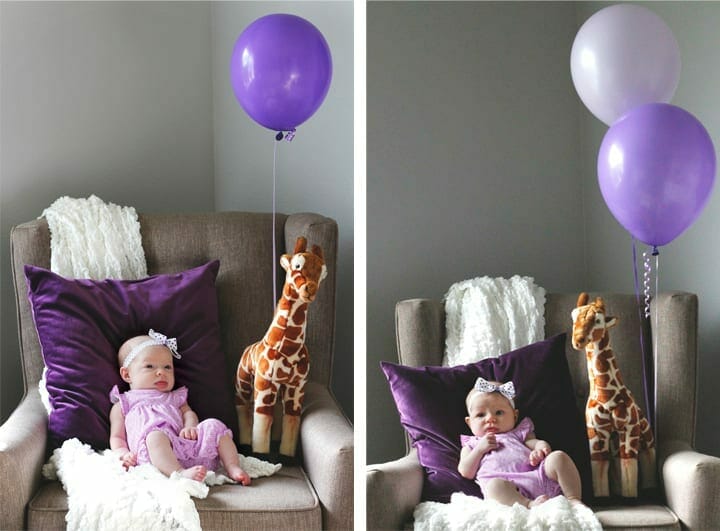 Still loving her swing! It’s been a lifesaver for me so that I can get some things done around the house. Still loves her binky. Likes being in the moby. Loves her momma — we’ve been to quite a few functions lately and she cries until she’s back in my arms. I just love that! Drooling. And spit bubbles. AM static radio station (I hate to admit it, but it’s now a preset station in our car). 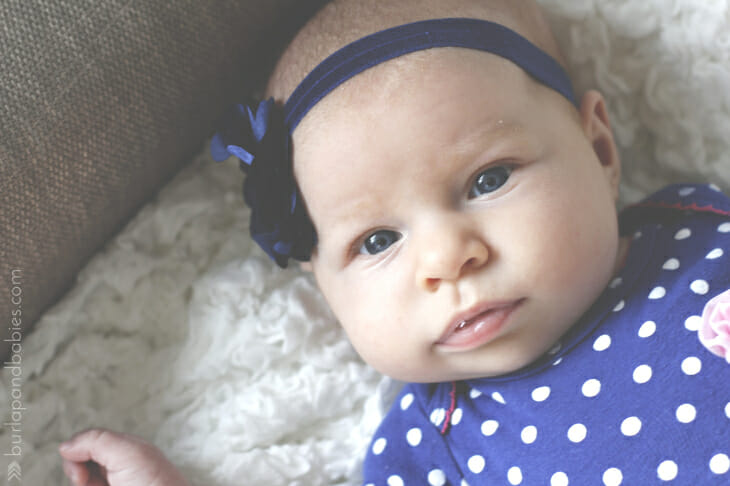 Naps by herself. She really only wants to nap on me or in the moby so that’s what we do. Definitely a momma’s girl right now. Does not like the bouncer. Not digging the whole car ride thing. One of us usually sits in the back to keep her company. 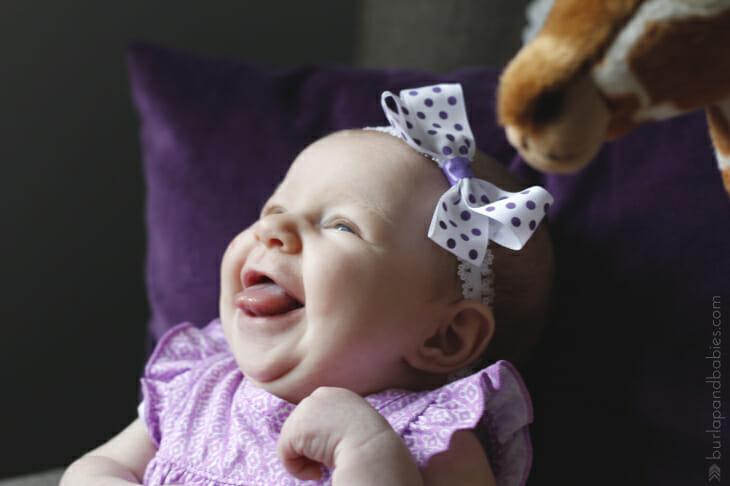 I think that hits all the major points from this past month. I’m excited to see how much she changes over the next month. It seems like she’s doing something new practically every day!