As a new momma-to-be I have received an abundance of advice. Whether that be about what to eat, how to dress the bump, exercise, whether we should cloth diaper or not, and the list goes on. Most of it all I had heard before…or my handy pregnancy apps would inform me. But then there’s the things everyone failed to mention or didn’t explain in quite the depth that they certainly should have. Things that I wish someone had told me! So today we’re getting deep and personal folks. Going to a whole new level. Today I’m sharing with you 6 pregnancy symptoms no one ever told me about! 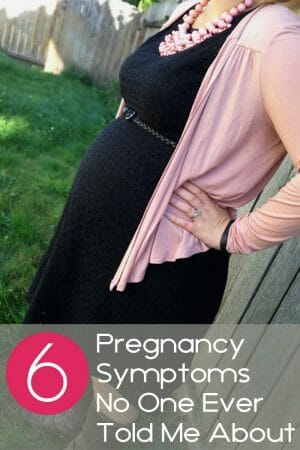 Holy boogers!! The amount of snot my tiny nose can hold is beyond me. Everyone failed to mention that due to hormones (which I discovered through my own research) you produce more mucous. And these aren’t just cleared out with a simple blow of the nose. No! These are giant things that plug the full nostril and take a full day to clear out and once you’re finally able to blow them out, it’s a giant snot rocket flying out! Also, through most of the first trimester and the beginning of the second trimester I would wake up and feel like I was getting a cold. The cold never came though. Unbeknownst to me it was just my snot filled nose causing me to sleep with my mouth open and dry out my throat. Lame!

TMI but I wish someone had warned me so now I will warn you. People say it might be worse and you might get constipated. But friends, I’m telling you, if you have GI or bm issues before getting pregnant, don’t mess with that stuff! If your doctor puts you on a laxative or tells you to eat 2 tablespoons of ground flaxseed a day, do it! This isn’t something to mess with! Coming from personal experience when I was sitting on the john and started yelling for my poor husband to sit outside the bathroom door in case I passed out. So, take the stuff! Even if you don’t feel it’s helping, it is, and would be a thousand times worse if you don’t take the stuff.

They say the baby gets up in your lungs. They say that it will be more difficult to breathe and you’ll show signs of getting out of breath. Well I didn’t believe them. I figured, “I’m in shape! Heck, I’m walking a half marathon at 26 weeks pregnant. Not breathing is for the wimps!” Boy was I wrong! Most days I can’t walk up one measly flight of stairs without needing to stop to catch my breathe. I have actually opted for the elevator at work now on some days because I don’t want to get to a residents room panting for the next five minutes. Breathing is no joke! Take your time. And remember there’s a baby inside of you! Don’t be so hard on yourself. You’ll get back in shape after baby comes.

About week 8 or 9 of this little babe’s existance I noticed that my pee was cloudy looking. Of course what do I do but google the heck out of it and find out cloudy pee is a sign of protein in your urine which means a UTI. Well I can now say I have had cloudy pee for almost my entire pregnancy and every urine test has come back negative for a UTI. Cloudy pee doesn’t have to mean UTI. It can also mean that your body is just going through changes and you’re fine. So if your pee is cloudy, stay calm and call your doctor before jumping to conclusions like I did.

5.) Your abs will disappear!

By the end of the evening, my dear husband has to practically break his back to pull me off of the couch. When I need to get out of bed for the third time to go relieve my bladder I literally have to roll out of bed and hope my sleepy legs catch me because there is no ab strength to sit upright to get out of bed. Your abs are gone! Well, at least my abs are gone. The pushing and stretching of the uterus, my sweet little one is calling home, is making a mess of what used to be my rock solid 6-pack…or lack thereof. But now, I must forgive the sweet little thing and once again remind myself, there’s time to get back in shape after I’m over the sleepless nights of having a newborn. For now, let your husband pull you off the couch and don’t worry about doing crunches, they won’t be effective anyway. Your abs are gone until this little one is here.

6.) Down south grows too

The first physical sign that I remember noticing saying “YOU’RE PREGNANT!” was that my area down there felt like a balloon was slowly being inflated below the skin. I remember it was the weirdest feeling. And it was early on. When you still have those thoughts like “Am I really pregnant?” “Was the stick faulty?” “Maybe there isn’t a tiny human growing inside of me but I’m just getting fat?” Also, when you wipe yourself it might feel swollen. Again, totally normal. Your body is growing and stretching and you’re fine.

Just remember that. There’s a baby growing inside of you and your body is going through some crazy changes so just go with it. If you’re really concerned, call your doctor. They’re awesome and that’s what they’re around for. I called my midwife last week and apologized for being that new mom with the lame questions and she assured me she’d be more concerned if she didn’t hear from me. Being a new mom entitles you to the crazy title and paranoid questions without judgement. 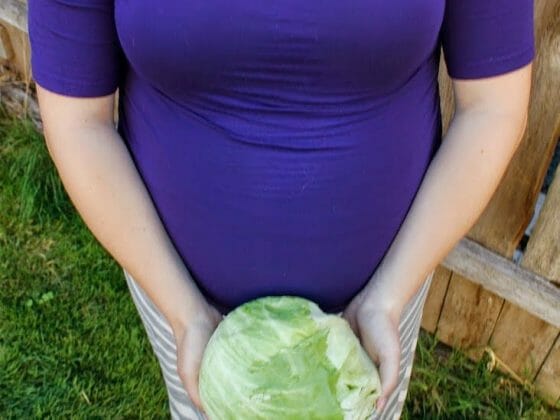 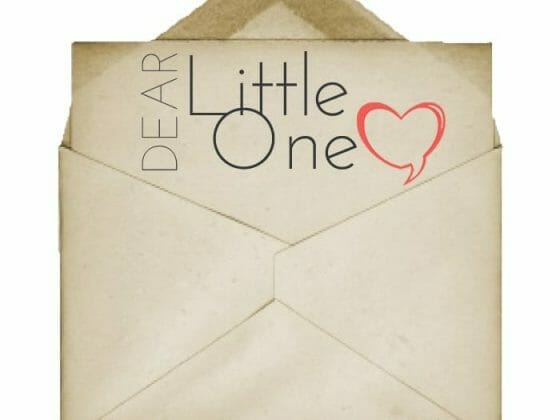