Clara-girl is 10 months old. Can you believe it? It feels like just yesterday I was trying to decide if I was in labor or not and whether or not I needed to call the midwife. Month 10 has been a fun ride. Started off with a weekend at the beach with a bunch of our closest friends and the rest of the month was filled with tears and a nasty ear infection!

Not so in to baby updates? In case you missed it, check out yesterday’s post for an awesome World Market inspired coffee table makeover! 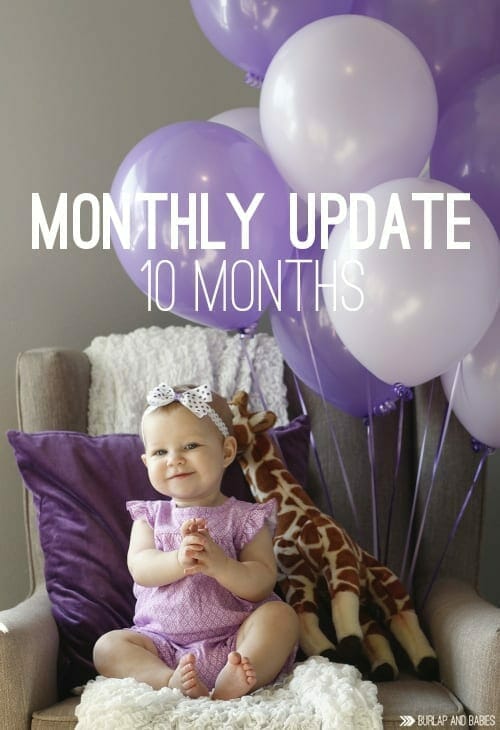 Here’s more all about month 10 of this sweet little girl’s life. 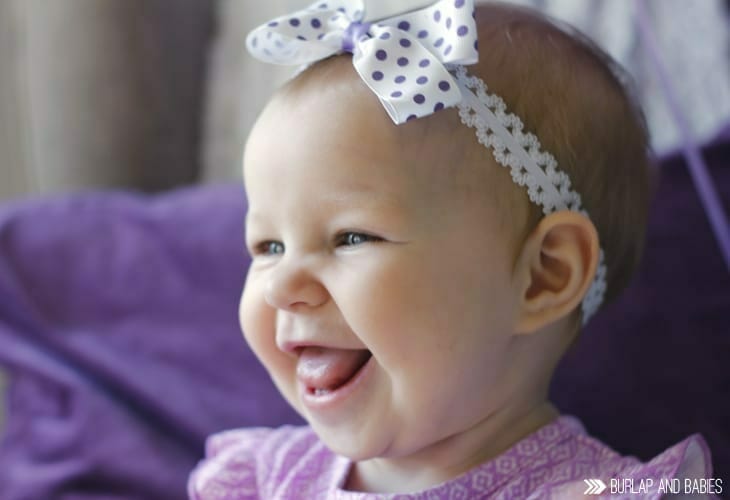 Clara’s strength has improved so much this past month. We’ll be playing and all of a sudden she’s just standing in the middle of the floor hanging out. I half expect her to just walk right over to me. She is learning to slow down her walking because at this rate she is never going to walk without help because when I say walk, I actually mean run. This girl wants to move SO fast when she has fingers to hang on to. A few days ago she walked over to the stairs and started trying to step up the stairs. Now, she has got the stairs down. When we walk up the stairs she knows to bend her little leg and push up. So fun!

As for talking, Clara is doing so great. She understands quite a few words. Off the top of my head she knows momma, daddy, Charlie, eat, come here, no, say hi, goodbye, dog, and tonight she learned what a cow says. Daddy is working on ball right now. A few weeks ago she learned what a dog says. When you ask her she’ll grunt twice. It’s the cutest thing ever!! She will say mama and dada when she wants and knows who we are.

We learned how to clap a few months ago but she loves clapping so much still!! Patty cake is her absolute favorite and she just sits there clapping forever and gets the biggest, cheesiest smile.

Someone is in a giggly mood today. ???? I could just eat her right up!! This went on for a good ten minutes bonking her head on the piano and laughing hysterically at herself. Such a goof! #ClarabelRose #9monthsold #babygiggles #itssimplytuesday

Baby girl is a porker.

Okay that’s in the words of daddy. So much for asking for his help. Clara girl, if you’re reading this some day, we love that you’re a porker! Never change! But in all reality, this girl can eat. She will eat anything we give her, and even things we don’t give her. She nurses 4 times a day and eats solids in between that. 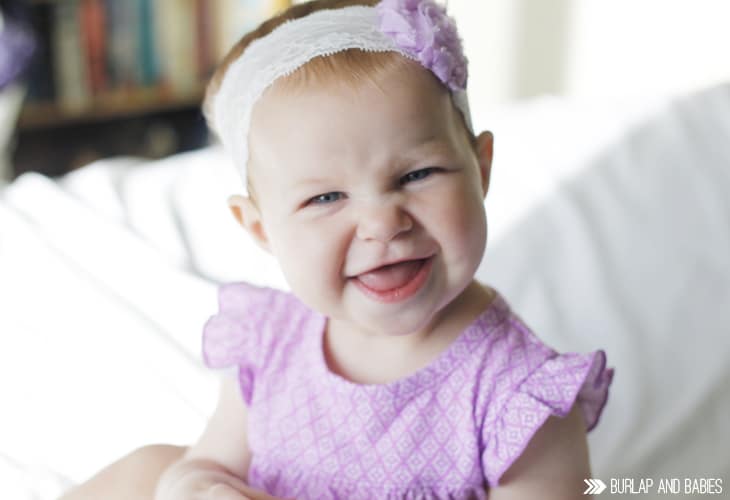 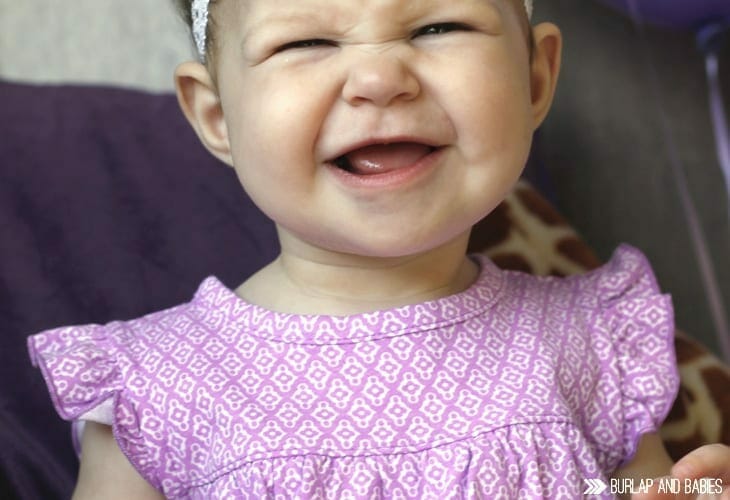 18 pounds. Still in the 30th percentile but she’s growing. She’s just a tiny little thing. And boy do people like to remind me of that when I tell them she’s 10 months. She’s mainly in 9 month clothes. Some of them are still pretty big on her but most of the pants and onesies are 9 months just because most of the fall clothes I have are 9 months. With all the walking lately, I tend to put her in shoes now so that she can walk around. My mom bought her these adorable baby Nike’s and I think she should pretty much just wear them every day! So cute!

One of those days where I just want to sit inside and be sad. Another tragic shooting in my own state. My cousin had a baby 8 weeks early today. Another doctor appointment for baby girl and her ear infection is not getting better. Got a ticket for expired tags and didn't ever get any notice in the mail. Check engine light came on the other car and was having issues driving. A sad day. But instead I'm going to smile at this girl wearing her #Nikes for the first time and be grateful for being alive. #ClarabelRose

Clara figured out how to whistle. Sometimes all of a sudden we hear her whistling and I think it surprises herself more than it surprises us. 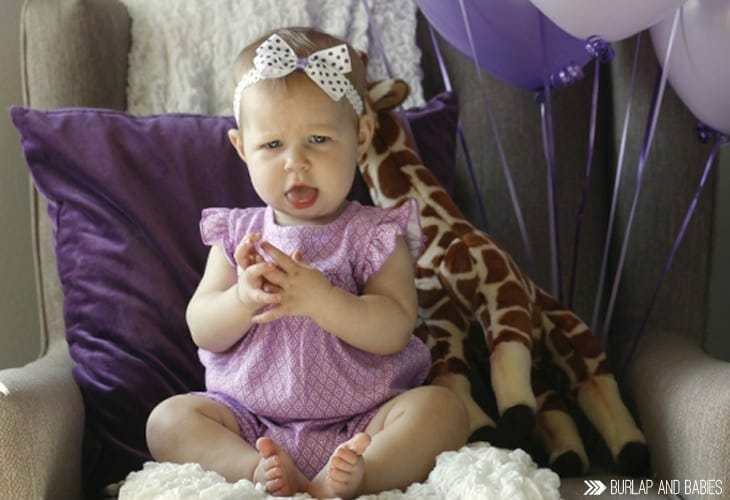 Clara still loves glaring at people. I swear she just glares to get a reaction from people.

Kisses. Oh my gosh! Kisses from this little munchkin are the cutest thing ever!! She will give kisses freely to any stuffed animal around. Yesterday, we were driving home and I look back in the mirror at her sitting there giving her giraffe kisses. So cute!!! She has to be in the mood to give adults kisses but when she does it’s adorable. Wide, open mouthed, very slobbery kisses over and over again. 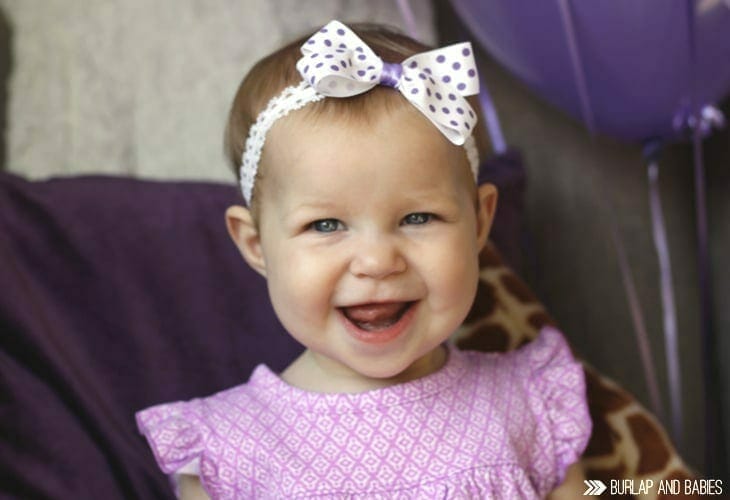 So many ear infections. Right after we got home from the beach she got a runny nose and cough and I figured it was just a cold or teething, Well, 3 weeks later I realized that nasty cold was not getting better and she was continuously grabbing her ears. At the doctor’s to get her shots I asked if a doctor could check out her ears. Sure enough, another ear infection. 4th one in 6 months. This time they put her on antibiotics though. Well, a week later still in pain and not feeling well we headed back into the doctor. Ear infection still as bad as the week before so they switched antibiotics and we’re hoping this new antibiotic will kill the infection before we head to Disney World in two weeks! Pray this ear infection gets better! We don’t want to fly for the first time with an ear infection.

With the ear infection though, Clara has become a super snuggly little girl. She constantly lays her head on me, wants to be held constantly. It’s exhausting but honestly I love it! I know this time won’t last long.

Along with her love for music, Clara loves dancing! Last night she was walking with her toy walker and I pressed the music button and she paused her walking to shake her butt. Hilarious! I so wish I had it on video!

I think I mentioned it last month, but for a few months Clara does this tongue thing. I finally caught it on video and she was doing it in this picture. Sometimes it’s very aggressive as she talks to something or at someone. She will go for hours doing this tongue thing. So funny! 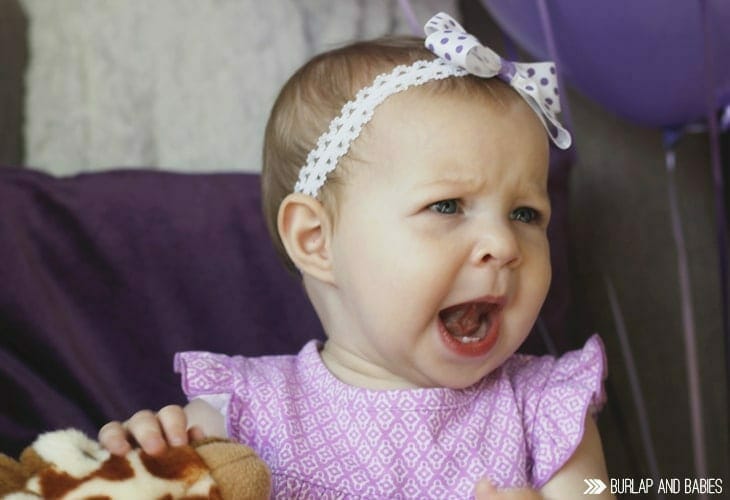 Peekaboo. Clara’s absolute favorite game right now! She is such a distraction when someone is trying to leave our house. Will crawl around a corner and peek out or around the kitchen island or hide on one side of the door as they leave. It’s adorable!

And this is #276 on the list of reasons why I have a love-hate relationship with being a work at home mom. Did you know it's super fun to play peekaboo when you pull back the laptop screen and mommy moves it back? #ClarabelRose #wahm

Hmm…..can’t think of anything. She is such a happy girl and doesn’t really dislike much. Broccoli. That’s about it.

We are headed to Disney World soon and I am so excited but also super nervous to be flying with a baby, especially one with an ear infection. Hoping it clears up soon so we can have an awesome trip full of memories!

What milestones can we expect to hit this month? 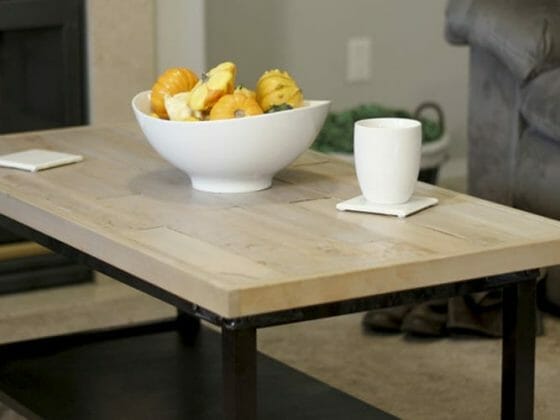 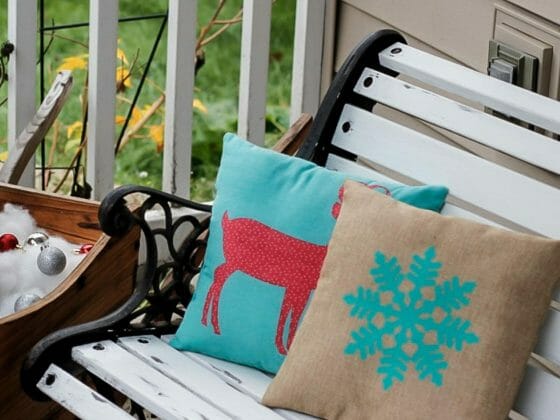