When we moved in last August, we were so excited to have a large pantry to store all of our kitchen stuff and to have a giant pantry. Sadly this also means lots of room to store lots of crap. 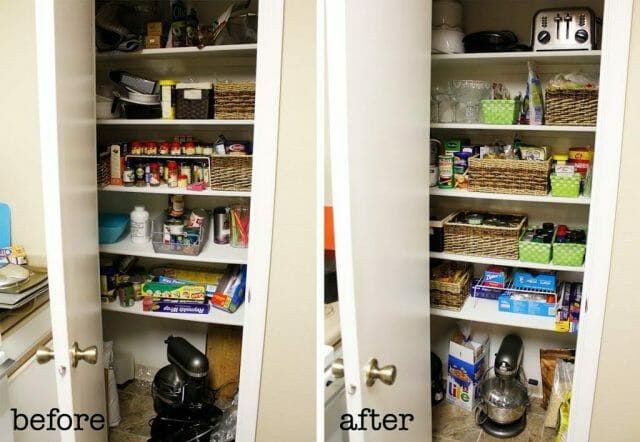 After seven months of living in this apartment, I figured it was time to finally go through our pantry, reorganize, purge, and finally go through some of the boxes that were just thrown in when we moved in and forgot about them. Before I started tackling it, there was all sorts of stuff everywhere. No since of organization. No explanation for the madness. 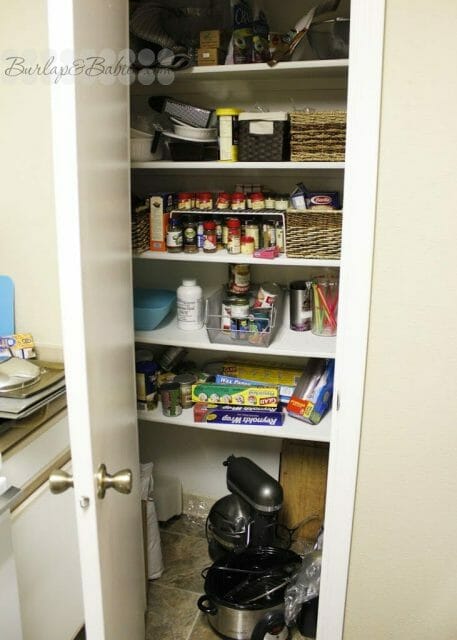 I started by taking everything  out of the pantry and piling it on and around the table. Geez louise I had no idea we fit so much junk in there! 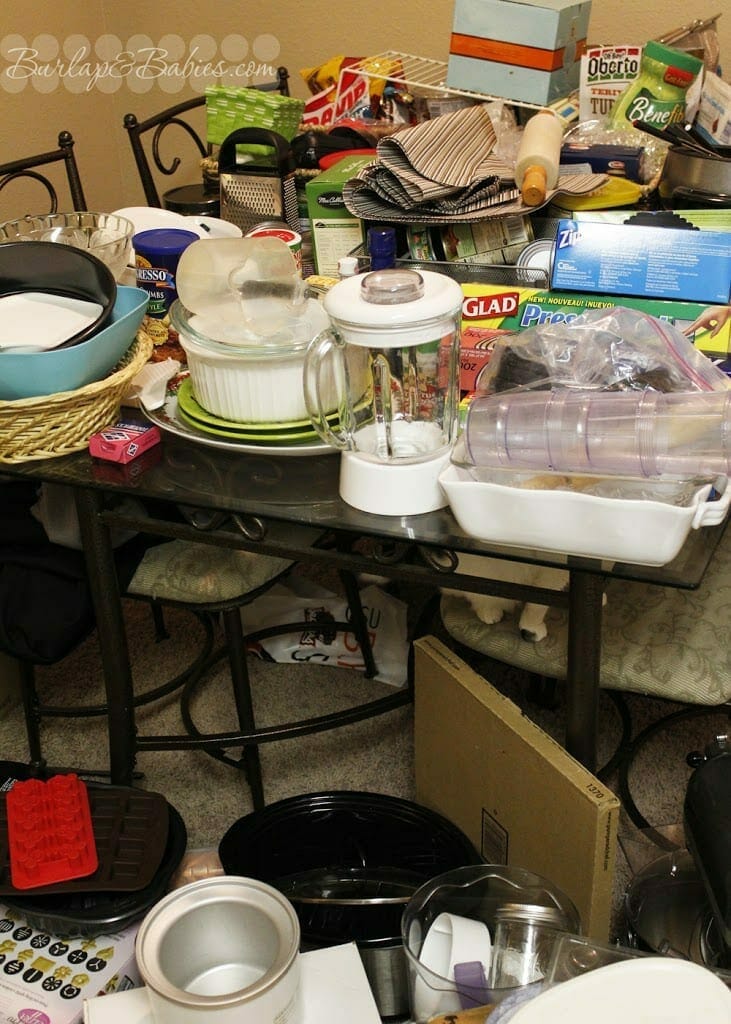 Thankfully I had a nice clean slate to work with once I got done clearing it out. 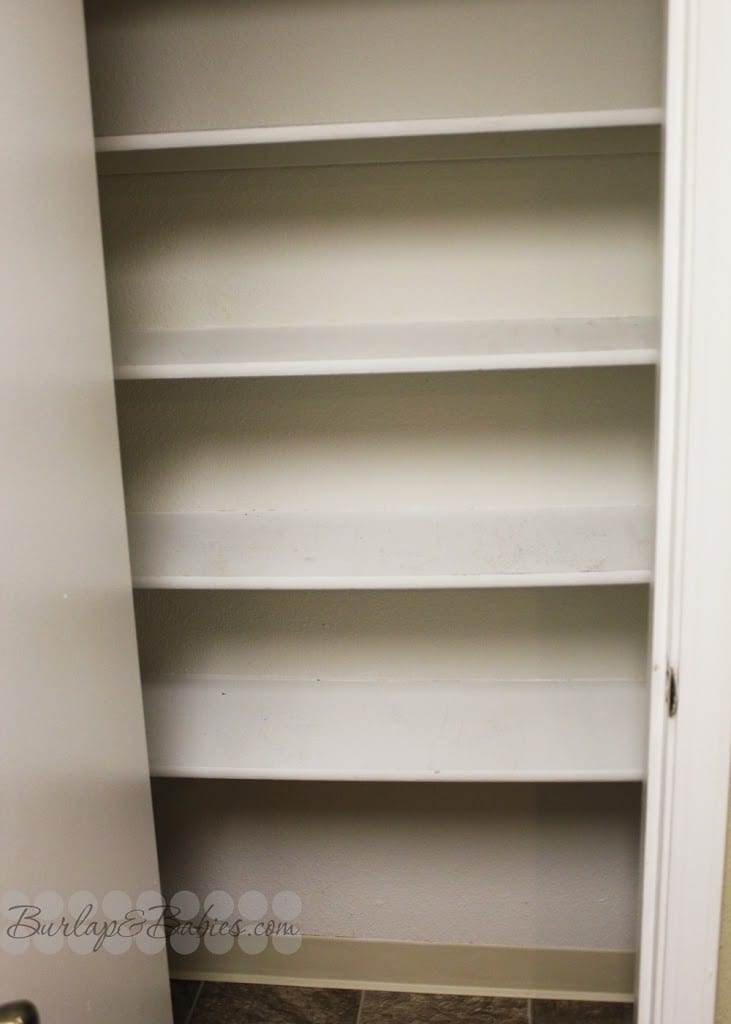 And then became the process of deciding what went together and organizing…my favorite part! We found these great wicker baskets on sale at Michael’s a few months back for only $1.99. All the green baskets I got from the Dollar Tree last week. I started by gathering all the items we haven’t used in the past year to go in a Goodwill pile. I then sorted like items together so that I could work from there based on what I have and what space I need to utilize that isn’t being used by large appliances that need to be stored.

Our can situation was absolute chaos before so I decided to take a sharpie and write what was in each can on the top and then put them all in one basket. Now it is easy to see what canned goods we have easily. Next to the canned goods are three small green baskets that hold all of our spices (the third one is hidden). I have them sorted by name starting with A-G in one basket, H-O in the middle, and P-Z in the far right basket. With the old system, we were having to look through all the spices anyways so now we only have to look through a third of the spices when we need something. 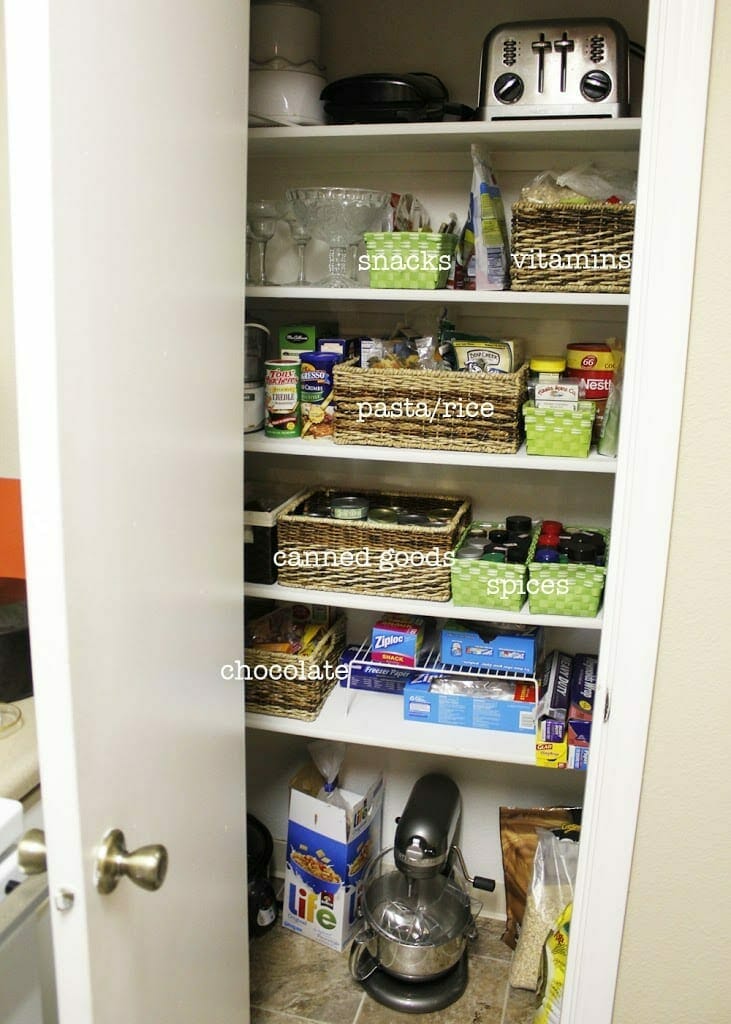 We have now been using our organized pantry for a week and it works so much better! I have the chocolate hidden in a basket on the bottom shelf so that I have to work to get in it and I have all my tea together. Besides it being easier to use though, it makes me more motivated to put things away after using them when I know exactly where they need to go. Such an easy updo that makes such a big change. Next home organization updo? Office closet! 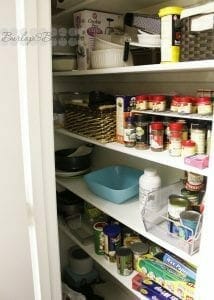 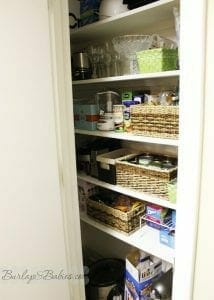 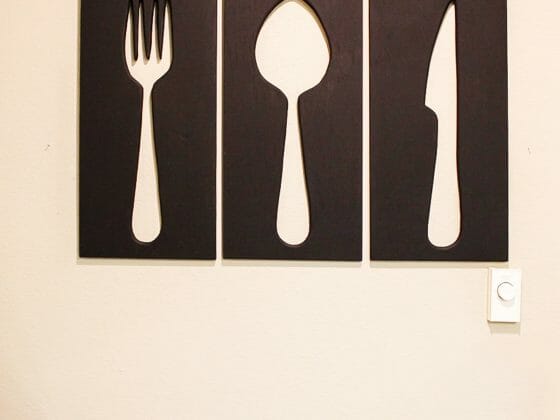